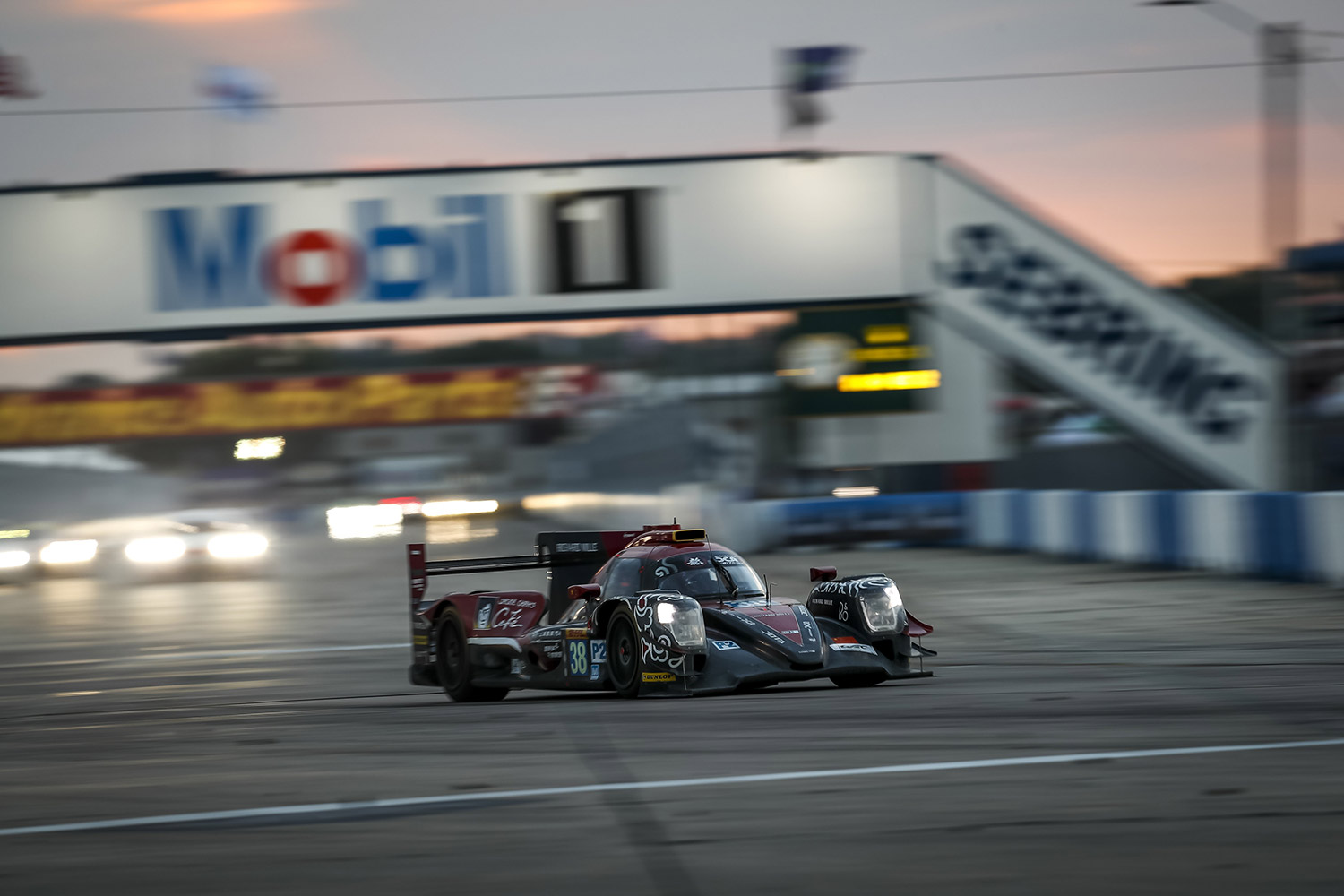 Posted at 08:55h in Non classé by jules 0 Comments
Share

It was a double programme for Gabriel Aubry last weekend. The Yvelines driver took part on Friday in the “1000 miles / FIA WEC” (8 Hours) at the wheel of the #38 Jacky Chan DC Racing x Jota Oreca-Gibson, but also the 12Hours of Sebring for the IMSA WeatherTech SportsCar Championship on Saturday under the colours of Team PR1/Mathiassen (#52).

Gabriel’s car started from the LMP2 pole position in both races. Handicapped in the first laps of the “1000 Miles /FIA WEC” (5 minutes after the start) by electronic problems (gearbox), the #38 lost 27 laps in the pits, before managing to rejoin in last position, and finishing in 6th in LMP2 at the end of the 8 hours of racing.

The same scenario played out at the “12 Hours of Sebring / IMSA”, but for a mechanical failure (rear left suspension broken). 40 minutes were lost in the pits and 25 laps down. The team finished 2nd in LMP2.

Summary of the weekend: Gabriel is sitting in 2nd place in the FIA WEC driver’s Championship, 2 points behind the crew of the #36 Alpine, and in 3rd position in IMSA.

Next step: Spa Francorchamps for the before last round of the FIA WEC of the 2018-2019 super season. It was a difficult weekend for Gabriel in Sebring.

After setting a good pace in the free practice sessions (P1 / P2) in FIA WEC and IMSA, he set the best time in LMP2 for the 1000 Miles, and his teammate set the pole at the 12Hours of Sebring.

In FIA WEC, Ho Pin Tung took the start. But after 5 minutes of racing, the #38 Jacky Chan DC Racing had to stop by the pits for a gearbox issue. The team fought to climb back up and finished the race in 6th place in LMP2. Gabriel and his teammates were now sitting in 2nd place in LMP2 in the World Endurance Championship.

In IMSA, starting on the front row, Matt Mc Murry lost the advantage of his pole position in the 1st lap before taking the lead in the following laps. But the car had to quickly stop at the pits to repair the rear left suspension. The team rejoined 25 laps later and finished 9th overall, 2nd in LMP2. Gabriel currently occupies 3rd position in the general LMP2 classification.

“It’s been a very long and difficult week. We made a great performance in both the FIA WEC and in IMSA, but still we didn’t manage to get any results. It’s hard to swallow because we thought we had both races under control, and it’s just at that moment there that all our plans fell apart… I think that these kinds of situations really work on you and and the team mentally, especially when you have to get the car back up and fight until the end in both series! Now we need to concentrate on the FIA WEC at Spa Francorchamps at the start of May, as we need to take back the championship lead of the FIA WEC before Le Mans.”

Results of the week-end :