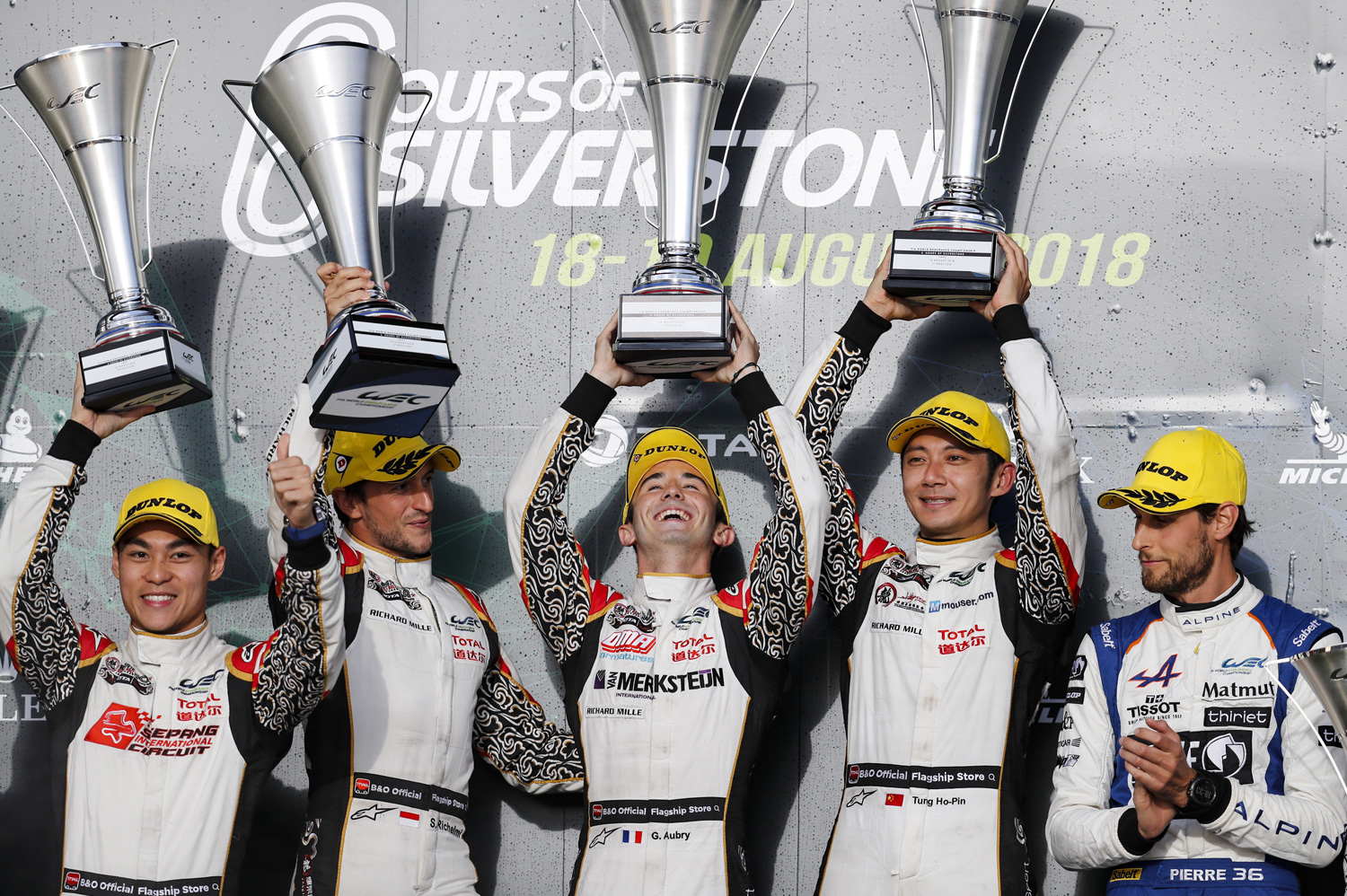 Last weekend, Gabriel Aubry was at the Silverstone circuit in the UK for the 3rd round of the FIA WEC, the World Endurance Championship. Already having won a podium last May, Gabriel Aubry took his first victory in LMP2 last weekend, after 6 hours of racing, with his teammates Ho Pin Tung and Stephane Richelmi.

After having occupied the top rows of the LMP2 classification in the three free practice sessions (P2/P1/P3), the #38 JACKIE CHAN DC Racing x Jota Oreca 07 – Gibson set the 2nd best time in qualifying.

Ho Pin Tung took the start of these 6 hours of racing. After a first stint, the crew of the #38 (Tung/Richelmi/Aubry) maintained its initial position.

But on the 6th lap, following a drive through for a jump start, the #38 shifted down into 3rd place in LMP2.

Halfway through the race, Gabriel took the wheel, following Ho Pin & Stephane, with a 28 second gap behind the leaders.

After a triple stint, he handed the car back to Ho Pin for the last hour of the race, leading the LMP2 category with a 12 second lead.

Ho Pin Tung reached the finish line in the lead and the crew of the #38 took their 1st victory in LMP2 of the season!

GABRIEL AUBRY – DRIVER JACKIE CHAN DC RACING x JOTA :  « It’s been an unforgettable weekend ! I don’t have the words to describe how I feel! It’s my first victory in a world endurance championship, and it’s just incredible! I really wanted to show what we were made of after our disappointing 24 Hours of Le Mans, and the team did a great job to bounce back this weekend. The performance was perfect from the free practice sessions right through the race, and this victory is a great motivational boost for the next GP3 Series and FIA WEC races! »

See you next time on the 25th and 26th of August at the circuit of Spa Francorchamps, opening for the Formula 1 GP, at the wheel of the GP3 Series car sporting the ARDEN MOTORSPORT colours.