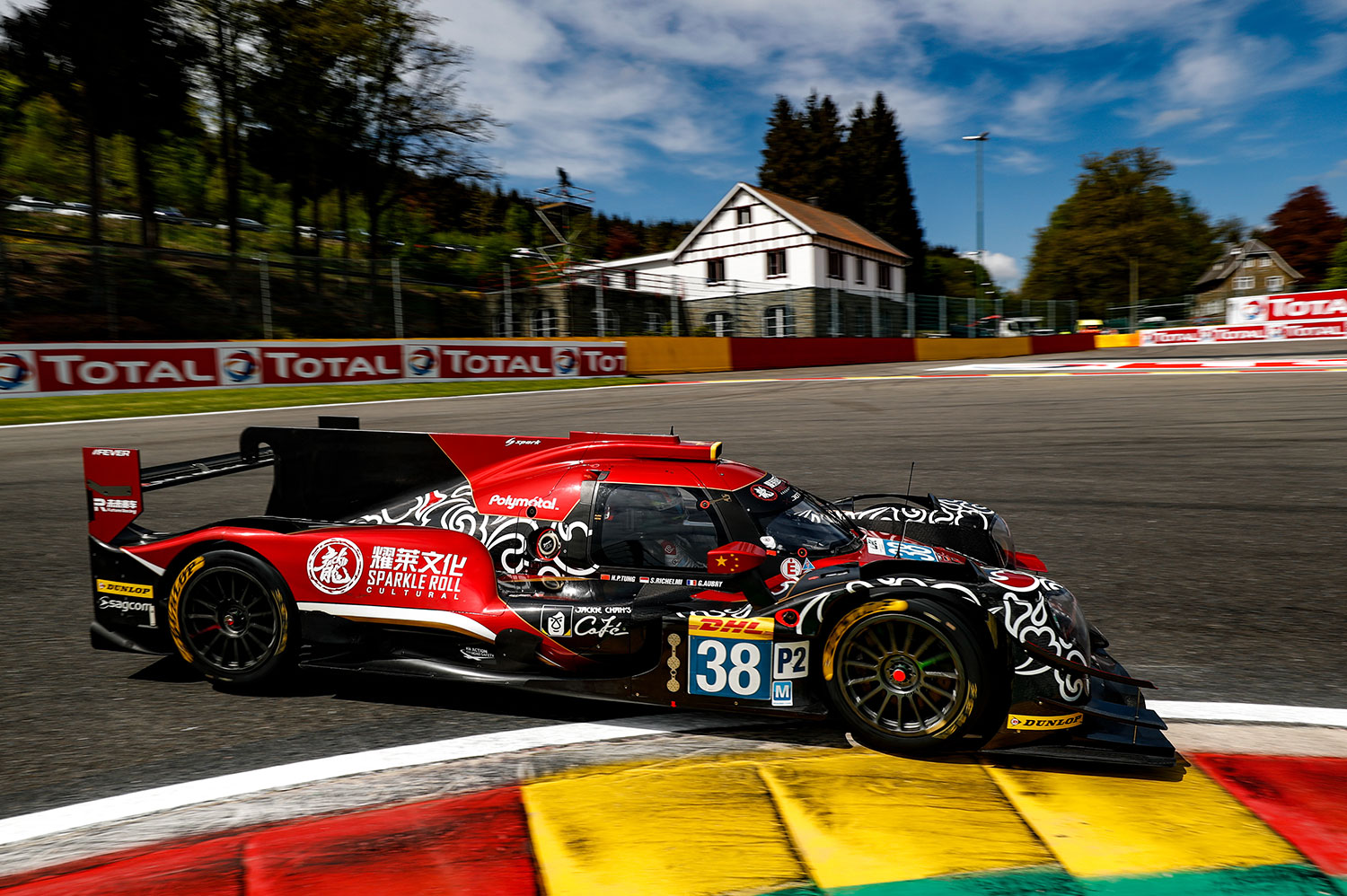 Posted at 11:22h in Divers by jules 0 Comments
0 Likes
Share

ON THE PODIUM FOR THE FIRST RACE !

Gabriel Aubry managed to claim a podium in his 1st participation in endurance racing this weekend in the FIA WORLD ENDURANCE CHAMPIONSHIP, at the circuit of Spa Francorchamps, with Jackie Chan DC Racing x Jota Sport, at the wheel of the #38 Oreca 07-Gibson LMP2 prototype.

Already setting a good place in the free practice sessions, the trio –  made up of Gabriel Aubry, Ho Pin Tung and Stéphane Richelmi – set the 3rd best time in qualifying. After a wise race and a well managed strategy, the #38 Jackie Chan DC Racing x Jota Sport Oreca Gibson finished on the 2nd step of the podium at this first race of the season.
GABRIEL AUBRY – DRIVER: “I’m really happy with this first round in the World Endurance Championship! Second place and the lead in the championship (G-Drive Racing did not score any points as they are entered in the ELMS) despite some bad timing that made us lose a lot of time during a full course yellow! The whole team and my team mates – Stéphane & Ho Pin – did a great job all week-end and and we had a flawless first event. Now, we have to concentrate on the next phase and the first race of the GP3 Championship in Barcelona next week!”