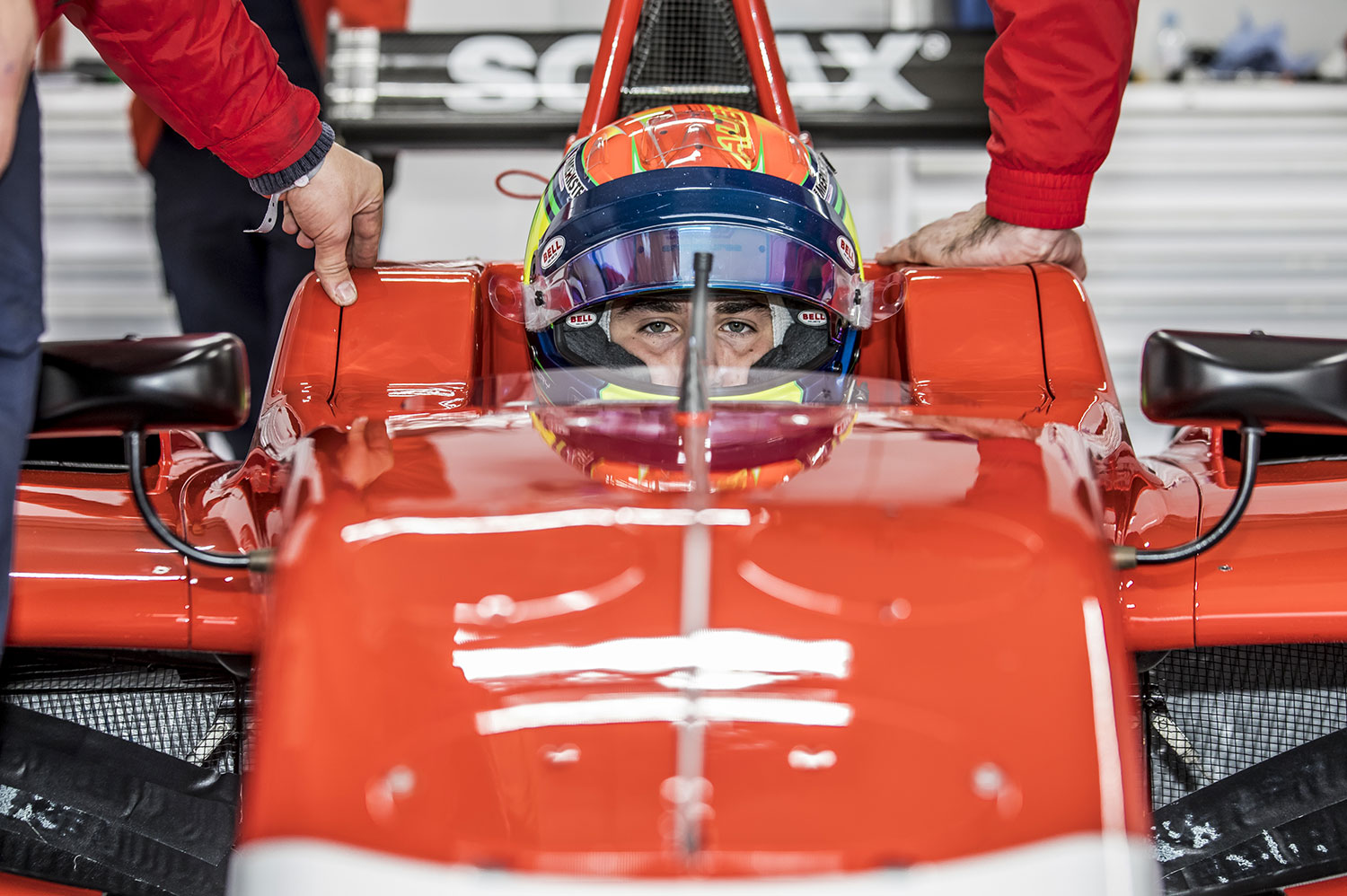 Last weekend, Gabriel Aubry took part in his first GP3 Series race, at the heart of the ARDEN MOTORSPORT Team, and was getting his bearings at the wheel of the Dallara on the Barcelona circuit during the opener for the F1 Grand-Prix.

Hindered in the qualifying session by a malfunctioning DRS, Gabriel could not score better than 18th. In race 1, the Yvelines driver found a good pace and classified 12th under the chequered flag. In race 2, he was in the Top 10 from the first turn, but he had to retire due to a puncture, following a collision with a competitor in distress.
GABRIEL AUBRY – DRIVER: “It was a great weekend, despite not getting great results. We had a good pace from the first practice sessions and the performance was there. My relationship with my engineer is excellent and it’s important to be able to build up the race weekends together. Without the malfunction of the DRS in qualifying, I could have set the 7th best time, and scored a better result in the 1st race, then I would have started at the front for race 2 (as there’s a reversed grid for the first . Without the incident in race 2, I could have also finished in the top 10, as the balance of the car was quite good. But the important thing is to stay concentrated, as the weeks to come are going to be packed! After a physical training session at Fon Romeu, I have the official test sessions for the 24 Hours of Le Mans at the start of June, the race on the 16th and 17th of June, and lastly the 2nd round of the GP3 Series at the Paul Ricard circuit.”