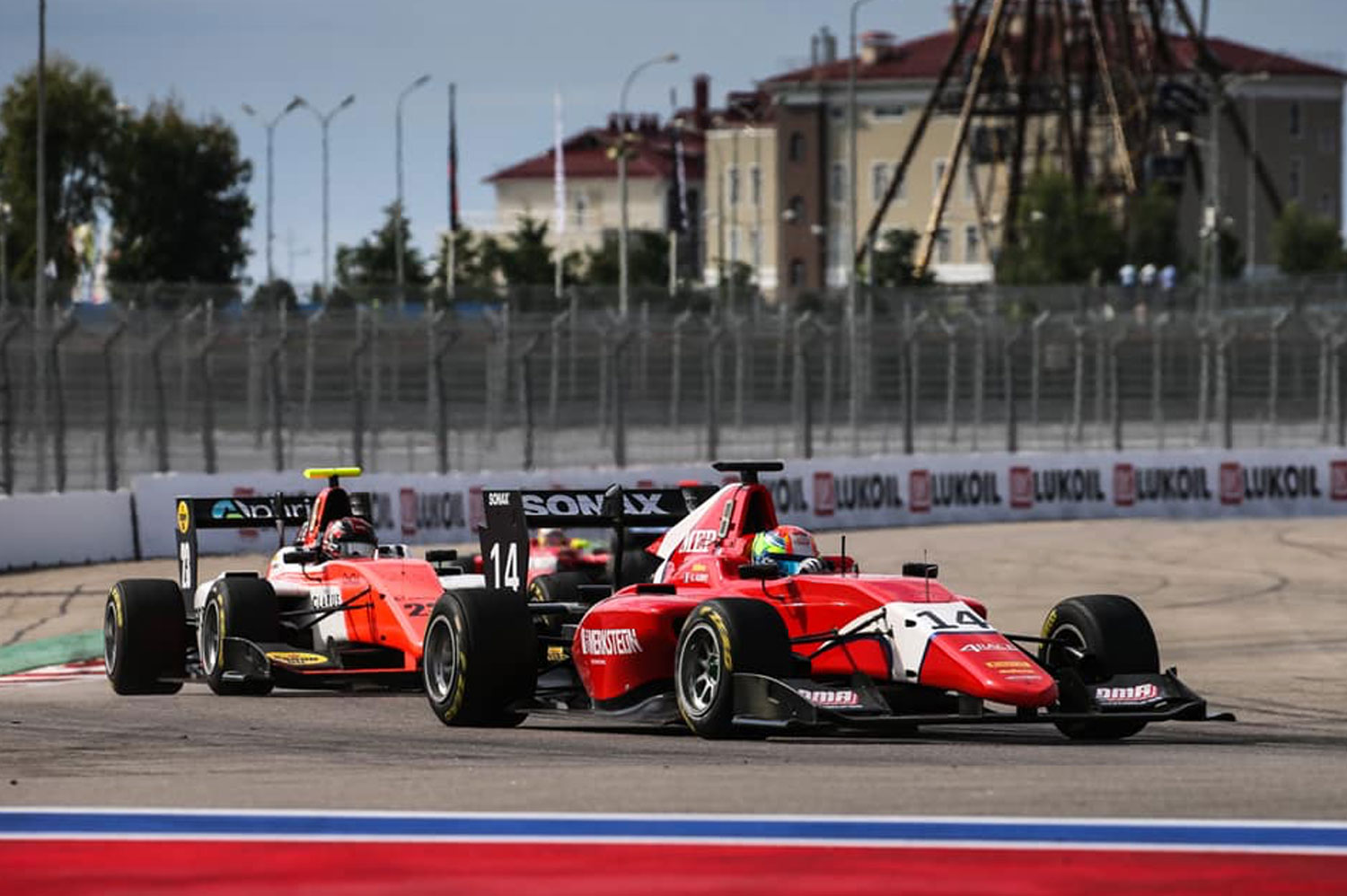 A GOOD 6TH PLACE FOR GABRIEL IN SOTCHI!

Last weekend, Gabriel Aubry was at the Sotchi circuit in Russia for the penultimate round of this season of the GP3 Series. After a difficult season, the Yvelines driver could finally show that he had the pace at the wheel of his Dallara GP3 ARDEN INTERNATIONAL. With 11 overtakings in one weekend, Gabriel finished 11th in the first race and 6th in the second, just at the edge of the podium.

A mixed qualifying session didn’t allow for Gabriel to place himself strongly on the grid for the first race. By the end of the session, he had set the 17th quickest time.

In the first race, Gabriel took a very good start and was in 12th place from the first turn, before falling back progressively to 16th place. But thanks to good tyre management, he managed to gradually climb back up and crossed the chequered flag in 11th place.

In the 2nd race, starting from 11th on the grid, Gabriel took advantage of his opponents from the outset and found himself in 6th place at the first corner, a position that he managed to keep until the finish.

Gabi Aubry “It’s such a pleasure to finally be in the game and to be able to show that I can really be in for the win! The free practice and qualifying sessions were really not easy; it was hard to find a good setup, and to manage the balance of the car. In the 1st race, I took a great start and found myself 12th in the first lap. But I didn’t really have the pace, and slowly dropped to 16th place. But as I was managing my tyres better, I climbed back to 11th place. In the second race, I managed to have another good start, and I was in 6th place in the first corner! After that, I followed the ART GP for 5 laps, but even though I managed to keep this position until the chequered flag, the gap started to widen. I’m really happy with these results; climbing 11 places over the two races with the level that this championship has, and with the small difference between the drivers, was really satisfying for me. I’m all fired up and ready for more! Now I need to concentrate on the FIA WEC with the two overseas rounds (Fuji on the 21st of October and Shanghai on the 18th of November) before the GP3 finale at the Yas Marina circuit in the United Arab Emirates.”