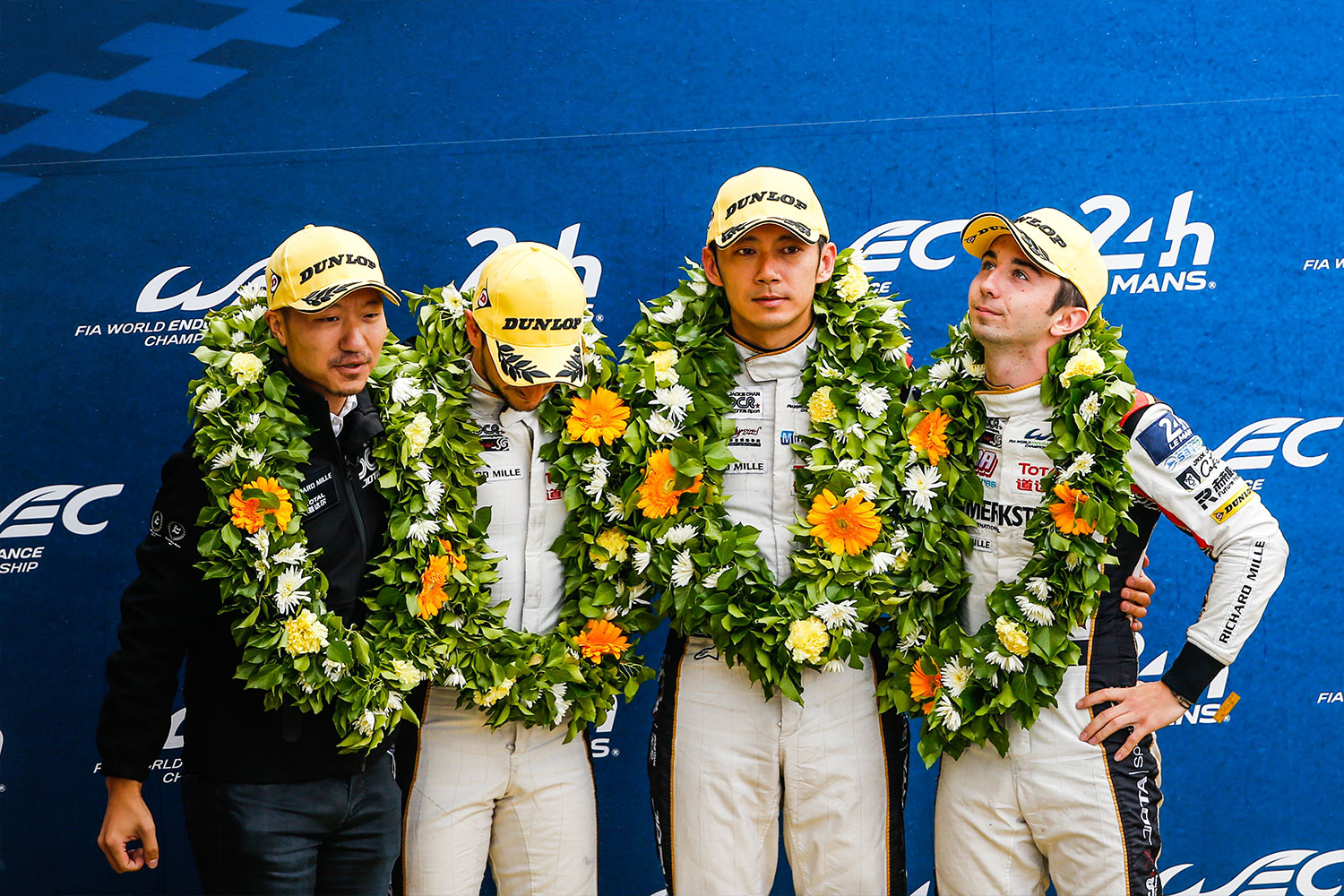 PODIUM AT THE 2019 24 HOURS OF LE MANS AND VICE CHAMPION TITLE IN LMP2 FOR GABRIEL AUBRY.

Having set the best time in the preliminary practice sessions on the 2nd of June, Gabriel Aubry and his teammates crossed the chequered flag in 2nd place in LMP2 during the 24 Hour race last Sunday, during the 87th edition of the 24 Hours of Le Mans, in front of 252’500 spectators. Being the final round of the 2018/2019 FIA WEC super season, the Le Mans race was to decide the title. Gabriel Aubry, Ho Pin Tung & Stephane Richelmi left nevertheless with the crown for the vice champions for the FIA World Endurance Trophy for drivers and for teams. For his second season in endurance racing, and his second participation in the 24 Hours of Le Mans, Gabriel came very close to victory.

GABRIEL AUBRY – DRIVER JACKIE CHAN DC RACING x JOTA :  “I’m really disappointed with the outcome of the race, even though finishing second in LMP2 at the 24 Hours of Le Mans is fantastic! But when you had the chance to win Le Mans in your category, and to be LMP2 champion, you can’t help but be bitterly disappointed in the week that follows the race. There are no words. I think that in a few days, I will have digested it all and I’ll appreciate the result. To look at it in a positive light, I can say that we – with Ho Pin and Stephane, were the main rivals of the current champions in their fight for the title! We set the best time in LMP2 in the preliminary test sessions, and then in the fight for the LMP2 victory throughout the whole race, our team really had a chance to win and to claim the title. You need to put a lot of work into motorsport, but you also need some luck. Well done to Alpine and their whole team for the work that they did and their victory, but especially a huge well done to Jackie Chan DC Racing, from the mechanics to the boss, not forgetting the engineers, osteo, assistants… they all helped us perform and I’m very grateful to them. These have been unforgettable adventures and without them, we would not have been able to aim for the victory. We’ll be back for the 2019/2020 season with twice as much desire to win!” 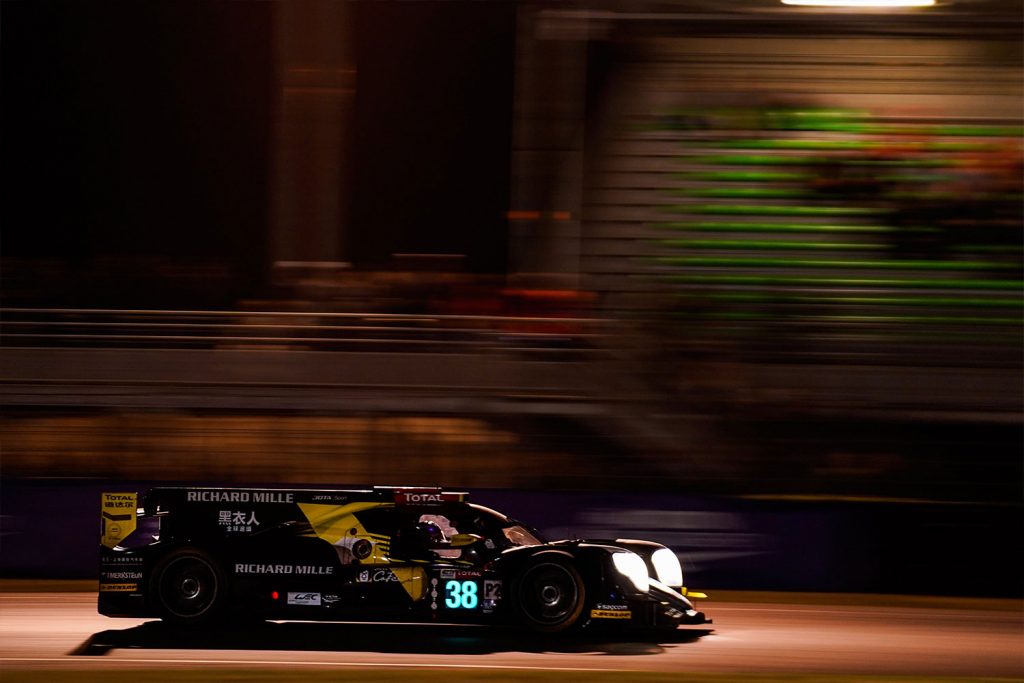 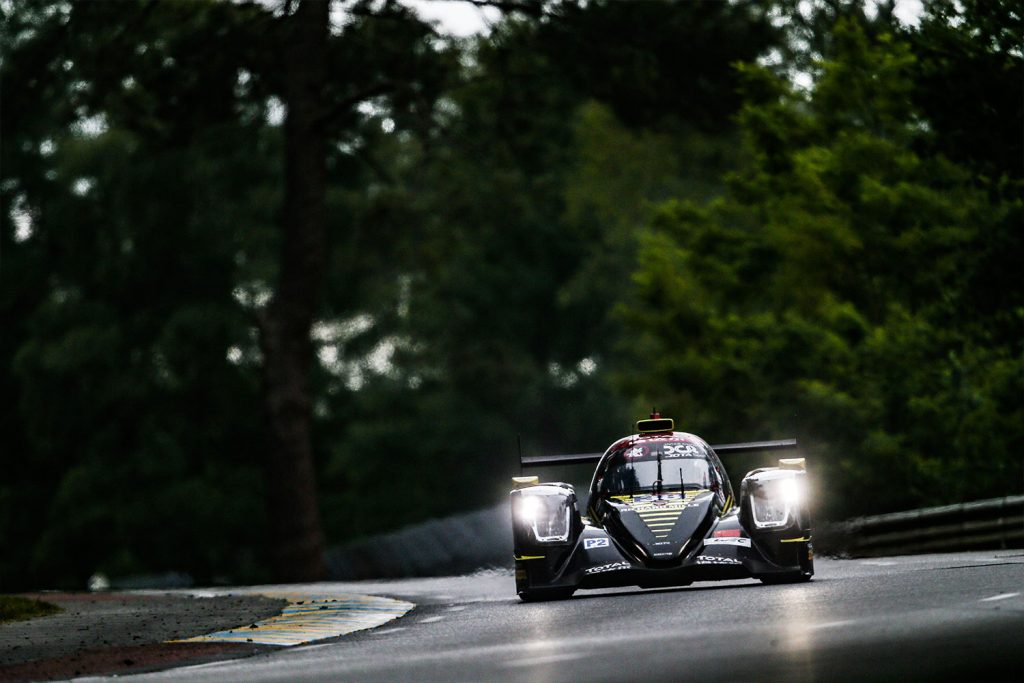 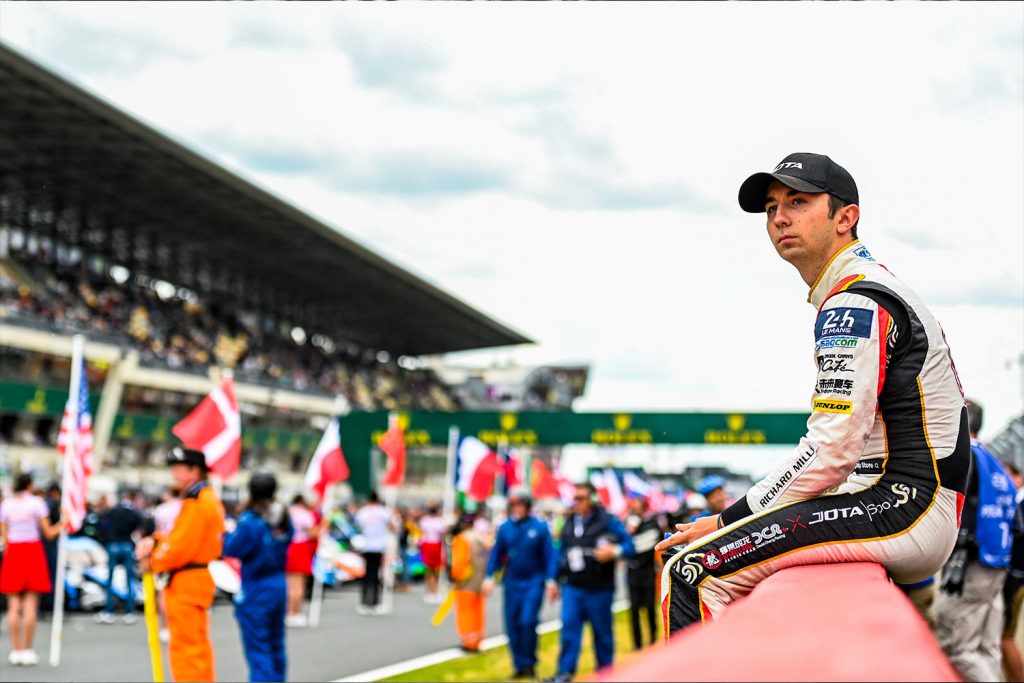 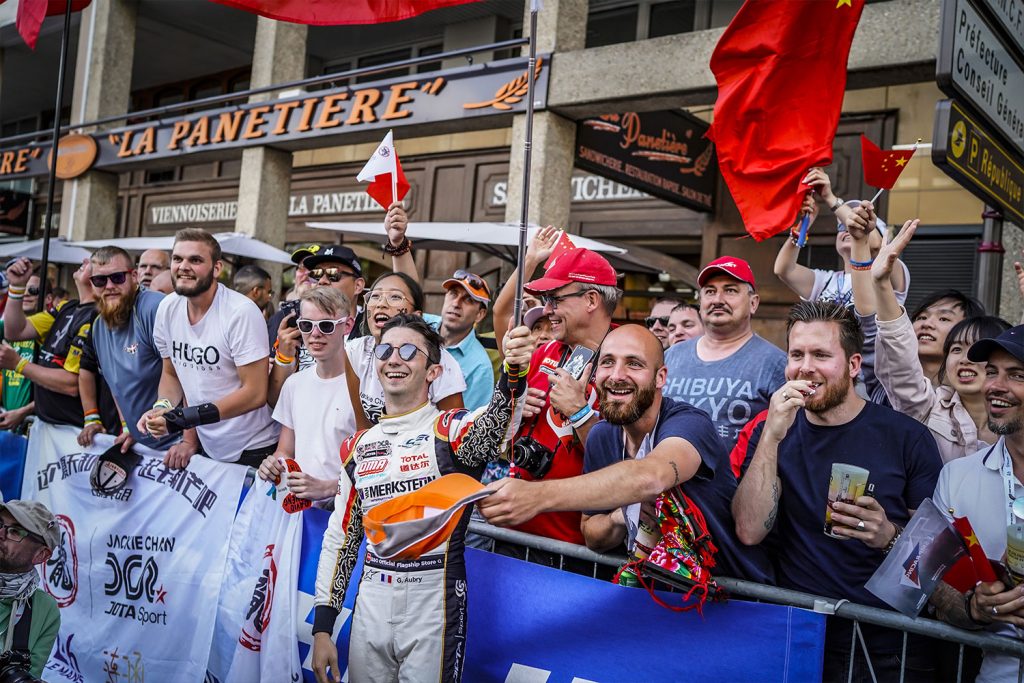 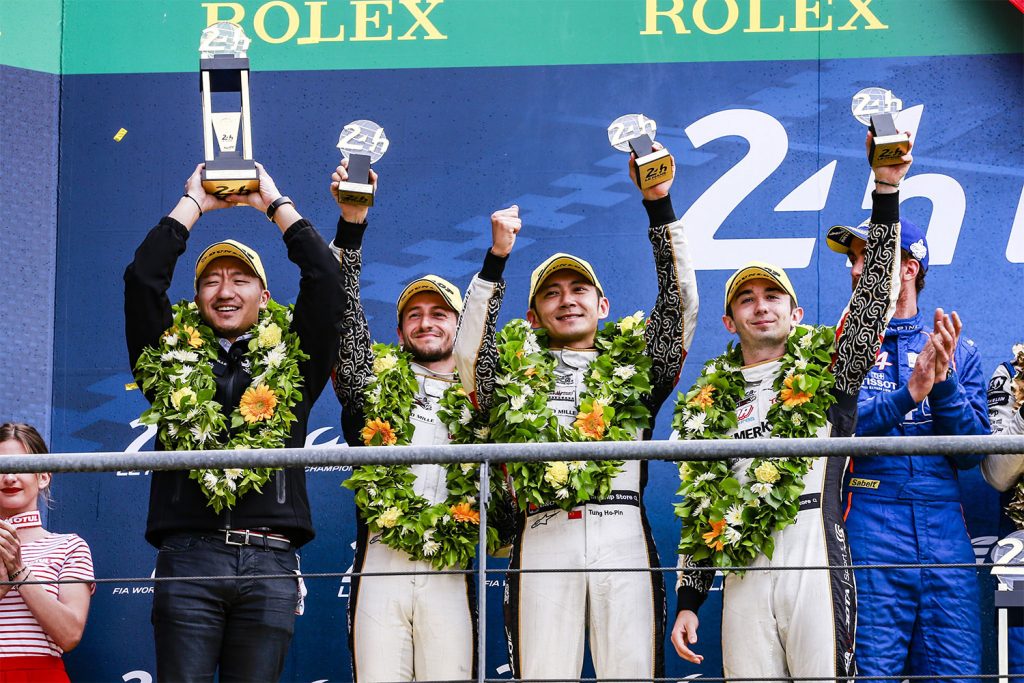 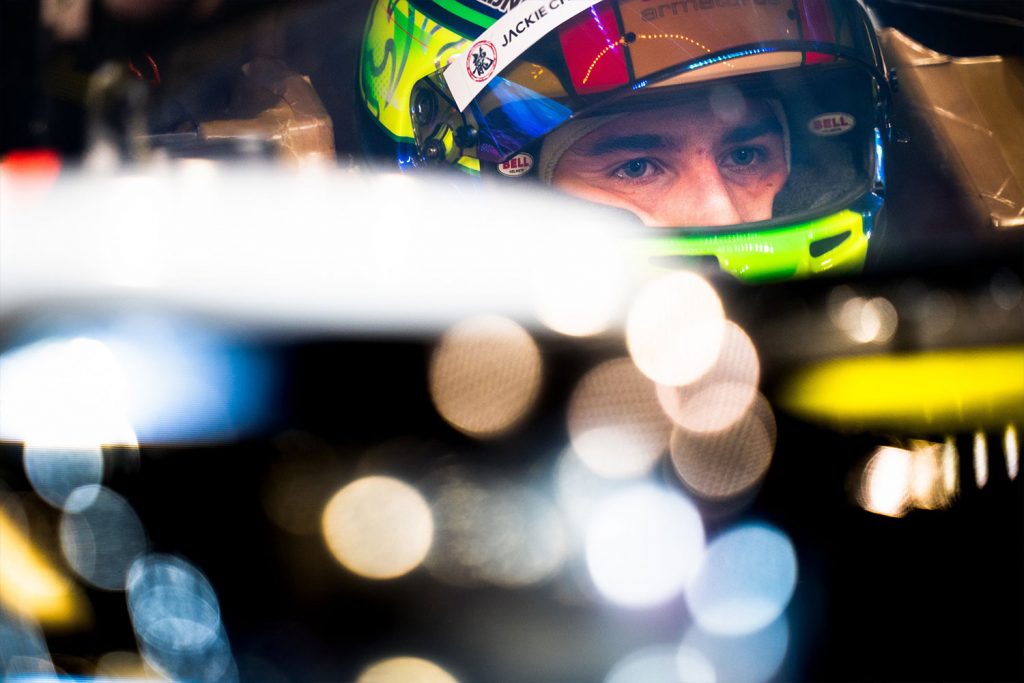 RUNNING OF THE PRACTICE SESSIONS & THE RACE :

During the preliminary practice sessions, the crew of Aubry/Tung/Richelmi, well in the rhythm, set the best lap time during this first confrontation on the 13’626 km of the Le Mans layout. During the qualifying sessions, they respected the road map and managed the traffic on the track between the GT and LMP cars, to place 6th in the first session on Wednesday, 2nd in the second and 7th in the final one on Thursday. This placed Gabriel and his teammates on the 7th row of the grid by the end of the three qualifying sessions, 4th row in LMP2. During the race, Ho Pin Tung took the start. Stephane Richelmi followed, and then Gabriel. They then relayed each other in triple stints.

After a big fight for the lead of the class, it was G-DRIVE that took the lead ahead of the ALPINE, up until the moment a problem with the starter for the Russian team came to upset the hierarchy.

The #36 Alpine then took the lead of the LMP2 category and the crew of the Jackie Chan DC Racing x Jota – Aubry/Tung/Richelmi – were just behind in 2nd place. The ranking stayed the same until the chequered flag, despite a puncture (front left) in the final stint for the #38.