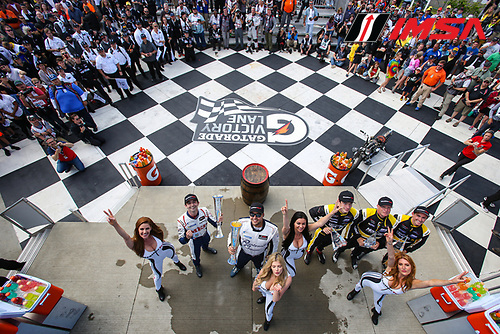 LMP2 POLE AND VICTORY FOR GABRIEL AUBRY FOR HIS FIRST TIME AT WATKINS GLEN !

15 days after taking 2nd place in LMP2 at the 24H of Le Mans, Gabriel Aubry had an appointment last weekend at the Watkins Glen circuit in the United States for the 6th round of the IMSA WeatherTech Championship. Gabriel set pole position during the qualifying session, and took the victory after at the end of the 6 hour race, with his teammates Matt Mc Murry and Eric Lux (52 – Oreca Gibson / PR1 Mathiassen Motorsport). Having only taken part in two of the six rounds of the WeatherTech Championship so far, Gabriel is sitting 3rd in the overall classification.

“I’m really happy with this weekend at Watkins Glen! After the bad luck we had in Daytona and Sebring, it was important for me to show that with this team it was possible to turn our performance into a victory. After just 6 laps in Free Practice, I put the Oreca-Gibson PR1 Mathiasen on pole position with a lead of more than 7 tenths, and what’s more ahead of 4 DPI! I’m really happy for the whole team, I think that my luck is starting to turn!”

DETAILS OF THE RACE :

In free practice, the crew of Aubry/Mc Murry/Lux at the wheel of their #52 Oreca-Gibson showed that they were the quickest of the LMP2 in the two first sessions. In the third, they set the 2nd best time.

In the qualifying session, Gabriel Aubry set the best time of the session, and the 8th time overall, ahead of 4 DPI.

Having started in the lead of the LMP2 pack, Gabriel Aubry, Matt Mc Murry and Eric Lux took the win after 6 hours of racing.